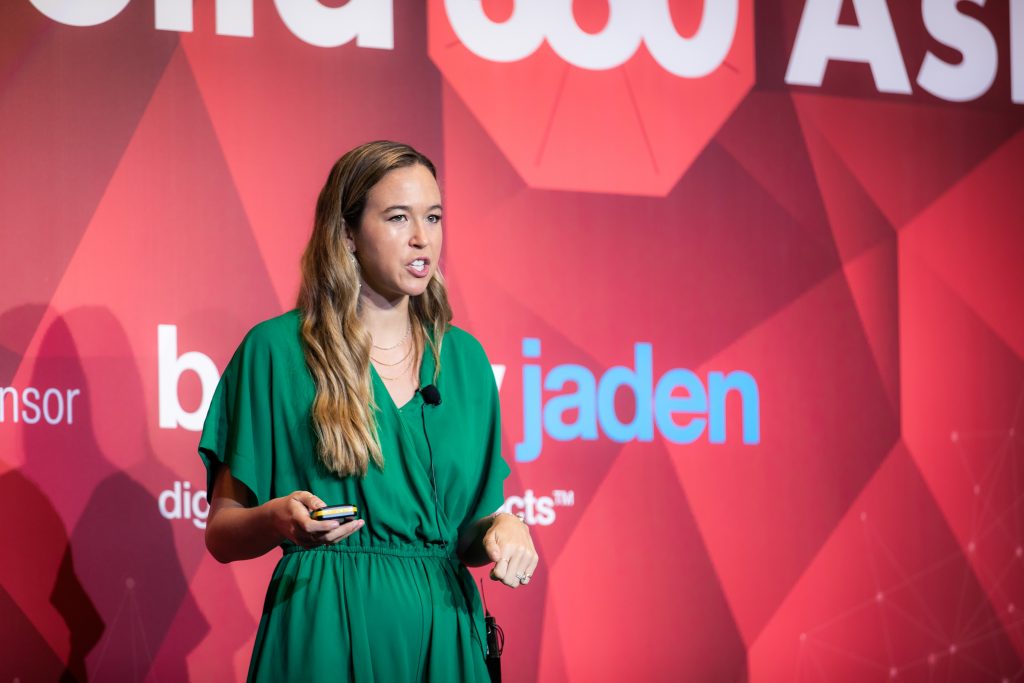 President of Vayner3, Avery Akkineni, is leading the mission to guide the world's largest enterprises and intellectual property owners in navigating the next iteration of consumer behavior, Web3.

A leader, mentor, and investor in pioneering Web3 projects and communities, Akkineni is also an active advisor for several tech platforms; serving on the Board of Advisors of OneOf and Tracer, on the Web3 Advisory Board for Salesforce, Meta Creative X, and Facebook's Metaverse Council, in addition to being a founding BFF member.

Akkineni has appeared as a featured keynote speaker at global events including Cannes Lions, SXSW, Consensus, Permissionless, VeeCon, IAB, C2, and others. In addition, she is frequently featured in publications across the business (WSJ, CNBC, Forbes), advertising (AdAge, The Drum, Campaign), and crypto industries (Decrypt, CoinDesk, CoinTelegraph), sharing her knowledge from inside the burgeoning space.

Before the launch of Vayner3, Avery spearheaded VaynerMedia's expansion into the Asia-Pacific region, building a team of 150 people and opening VaynerMedia offices in Singapore, Bangkok, Tokyo, and Sydney, while securing 2021 Independent Agency of the Year (Gold) within two years. Additionally, Avery has been honored on the "Woman to Watch" by Campaign, on "NFT100" by NFTNow, and on "30 Under 30" by The Drum. Before VaynerX, Avery spent her early career at Google in Silicon Valley, while she now resides in Miami, FL. ”We loved having Avery and looking forward to that transaction going through. It has been a pleasure working with you.

Building the Plane While Flying

How to Launch a Successful NFT Program – First seen as nothing more than expensive jpegs, as the technology has evolved and NFTs gain mainstream relevance, brands have begun to take advantage of new Web3 technologies to create a deeper relationship with their community. Avery will share her insights and strategies to help brands navigate this new space to create long-term value while providing a glimpse of what is coming in this exciting new space.

Welcome to the Metaverse: How to Navigate The Early Days

Like many new technologies, the Metaverse has arrived with great fanfare, investment, opportunity, and confusion. In this presentation, Avery provides insight into what the current opportunities are and how you can prepare for the future of this fascinating new space. Learn who the players are and how this will impact the way we live, work, and play moving forward.

Art, culture, and entertainment are forever changed by blockchain technology and Web3 integrations. Bringing new life to existing ideas, establishing new content, or sharing the wealth of creativity, Web3 is creating serious value and opportunity for intellectual property owners and creators. In this talk, Avery distills how creative industries can utilize Web3 technology to build or expand their businesses.